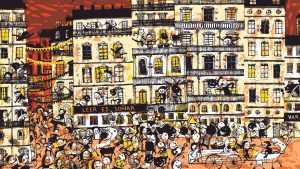 MAY ANNIVERSARY In May, Joanna from England, Peter from the United States, Matthew and Hennie from Germany, Bobbi and Tate from Canada were the volunteers who worked with us during the month. Clara Luna was participated in the “Marathon of the Story, Quito a city that reads”. We moved to the Itchimbía Park, in the […] 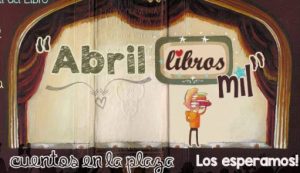 April at Clara Luna by Hani Nasser On Tuesday April 13, a group of us from Clara Luna went to the center of rehabilitation of marine fauna at the National Park of Machalilla. There we took part in releasing a rehabbed sea turtle back into the ocean. The center was so nice and it was […] 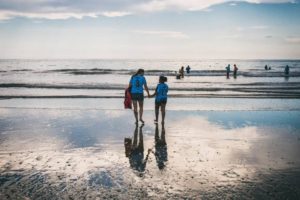 Preparing for Erase Una Vez I arrived to volunteer at Clara Luna just as the carnival was ending. At Clara Luna, there were already four volunteers staying there and they were preparing for an event called Erase Una Vez. This event consisted of a puppet show, storytelling, and an educational section about recycling. To prepare […] 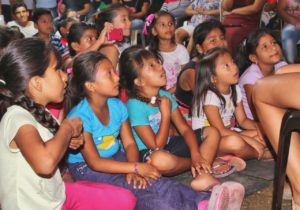 Carnival ends with cheer as electricity is restored to Puerto Lopez. Despite the few blips in electricity,the events of the holiday did not seem to diminish all that much. The crowds, from all over Ecuador and beyond, came to, what we now consider “our” town, to enjoy the beautiful beach and warm weather. Puerto Lopez […] 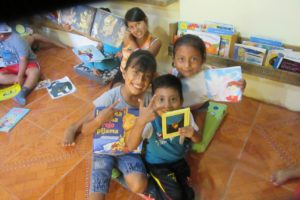 After the Christmas and New Year holidays,  the activities return on January 10th with the English courses for the Rabbits and the Butterflies levels, and a little later for the Tigers. The “Language exchange” returned as well, which was welcomed warmly by the new volunteers, whom have little knowledge of Spanish. “Club de Ninos” is very […] 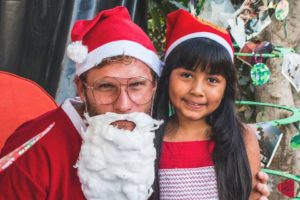 The month of December was a very exciting one all centering around one event, our holiday party. Two weeks before, kids started preparing decorations for the party during kids club after our normal reading activities. Some parents of the kids met to make secret santa gifts out of recycled materials. And during English classes, the […] 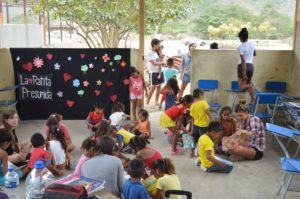 In November, there were three girls volunteering at Clara Luna: Tatiana from Belgium, Lisa from France, and Sara from Germany. The experience at Clara Luna was unforgettable, we met such amazing people from the foundation and also from Puerto Lopez. Something really nice here is that you won’t be bored, there are so many different […] 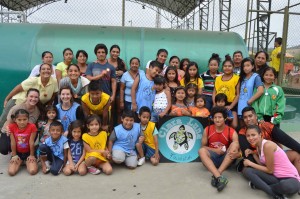 The month of October was very busy at Clara Luna with the month starting with only 2 volunteers, Geni and myself from Australia. Needless to say the fun never ended. In Club de Niños we did crafts of bears, chickens, elephants, sunflowers and frogs. Especially for Halloween and Día de los Muertos we made some […] 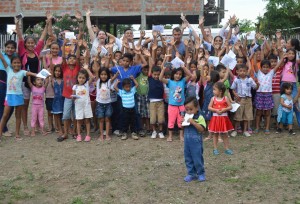 After the earthquake of magnitude 7.8 on 16 th April, something that nobody could imagine happened and from then on we were not, nor will we be the same. Everyone surely remembers what they were doing that Saturday at 18h58, the day the Earth moved and moved us all. Then we begin to understand […] 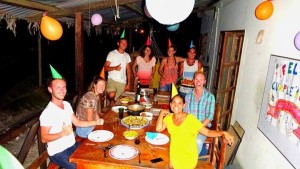 a party to celebrate the Día del Niño, or Children’s Day, on one wonderfully chaotic Friday afternoon Club de Niños, and our efforts resulted in an afternoon enjoyed by the volunteers just as much, if not more than the children we were preparing for.