The month of December was a whirl-wind here in Clara Luna.
December brought the strong sun that many volunteers were waiting for.. just in time for some of them to bid us farewell! Carolina (France), Paige (United States), Manuela (France), Lucy (Germany) all said “Adios” in December, and our poor new volunteer, Gus had to manage to help us pick up all the pieces!
Luckily for Gus (and everyone else), there was no shortage of parties here in Puerto Lopez in December. Manabî started off with “Inmaculada Conception” November 29th- December 8th: an entire carnival popped-up in the street over night complete with bouncy castles, zipper rides, and carnival games. Food vendors filled the air with their delicious smells while vendors of all other varieties filled the night with their offers booming through incredible sound systems. There were plenty of performances on the streets and stages set up for nights of cumbia dancing.

Club de Niños took a particularly socially conscious turn with activities for the UN Day of Persons with Disabilities on December 3rd. The kids read the stories they had made about accepting and appreciating differences and played games that promoted inclusion. Human Rights Day came right after on December 10th and was marked by Clara Luna’s first ever Club de Niños youtube video (check it out!).
Then began the The Club de Niños Christmas preparation. The kids went straight to work making decorations for the Christmas tree and decking the halls with all kinds of holiday cheer (and even Christmas Carols!) . They made home-made Christmas gifts that were eventually shared amongst the group during our very own Santa Claus appearance!

As for the Christmas for the Clara Luna volunteers- I don’t think that anyone was quite prepared for the intensity of Christmas preparations here in Puerto Lopez:In place of hunting for Christmas trees, we were re-painting and propping up our ‘ole faithful’ Charley-brown christmas twig.
While our friends were wrestling with crowds of shoppers, we were down and dirty making homemade Christmas gifts with the kids.
Instead of stuffing stockings for our families and friends, we were making a production line to wrap the Club de Niños gifts. in time for he special day 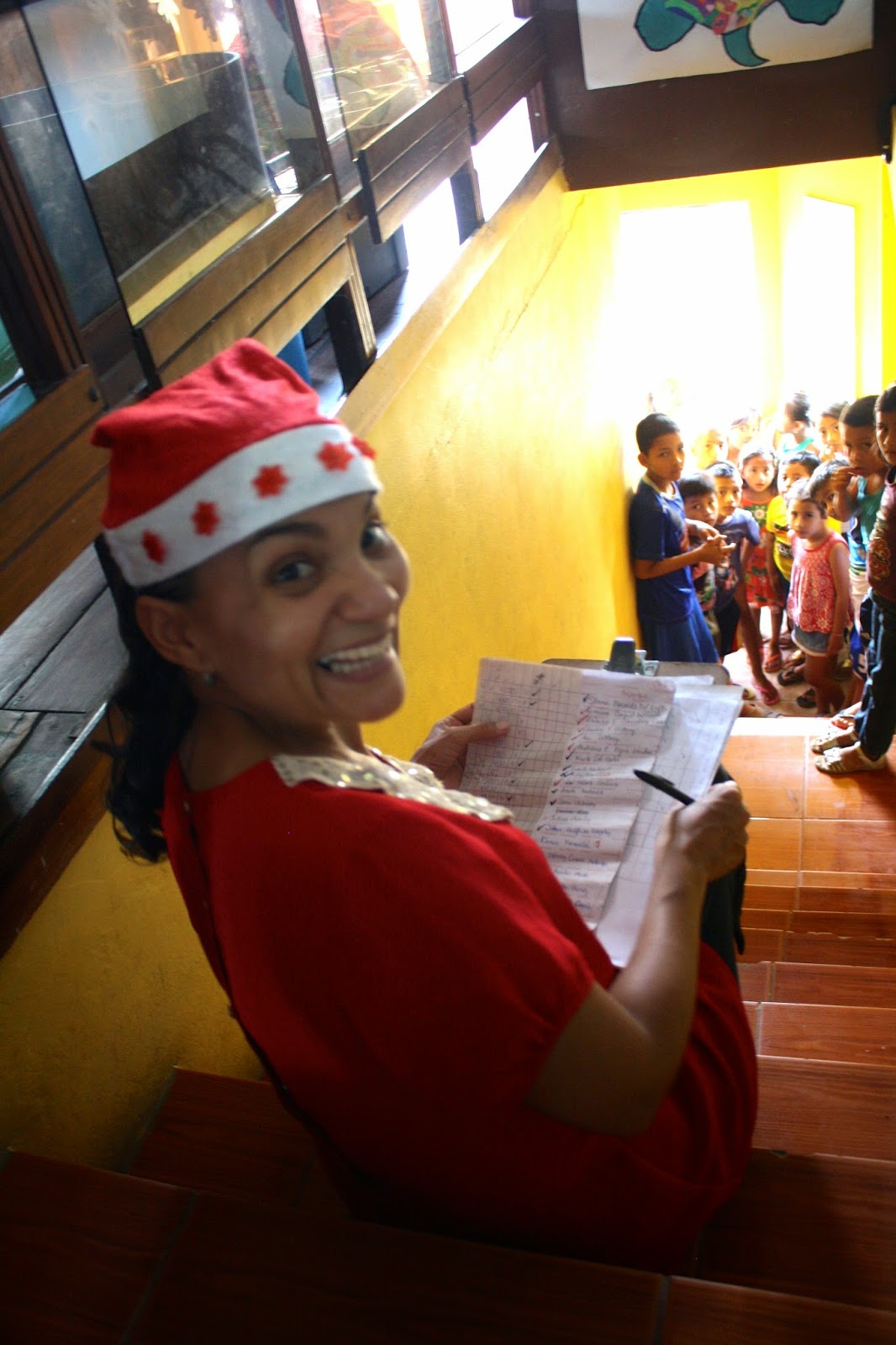 Our sweet mothers and grandmothers were enthralled in their christmas baking, meanwhile we were preparing popcorn tree-trim and Oreo-pops.
The Clara Luna gift-giving was on Wednesday, December 17th and the kids were over-joyed to receive a quality gift for their hard work and attendance here in our programs. Books, coloured pencils, erasers, colouring books and many other goodies filled the bags of wide-eyed participants. Special props to Steven y Nayeli, who won an extra-special gift for being the Participants with the Best Attendance.
The December 19th Christmas celebration was a huge success in no small part to our volunteer team. Stations were set up with face-painting, balloon animals, bubbles and a photo station. Santa Claus made an appearance, distributed gifts, gave participants a sugar-coated oreo-pop and quickly sent them on their way home (he’s obviously a big hit with the parents…)
Puerto López Bacelona fans mustn’t have been very well behaved this year: Emelec took home the “campéon” title December 21st… but we won’t give that much air time on this blog..

We said “Merry Christmas and See You Next Year!” to all of our English classes and closed the Clara Luna workshop for a much deserved 2 week Christmas break.
The Clara Luna volunteers had a very sweet (and very international) Christmas dinner on the balcony of the volunteer house before setting off to nurse their hot-glue gun machine burns and recharging their super-hero energies with a stiff regiment of delicious coconut drinks on sunny coastal beaches. 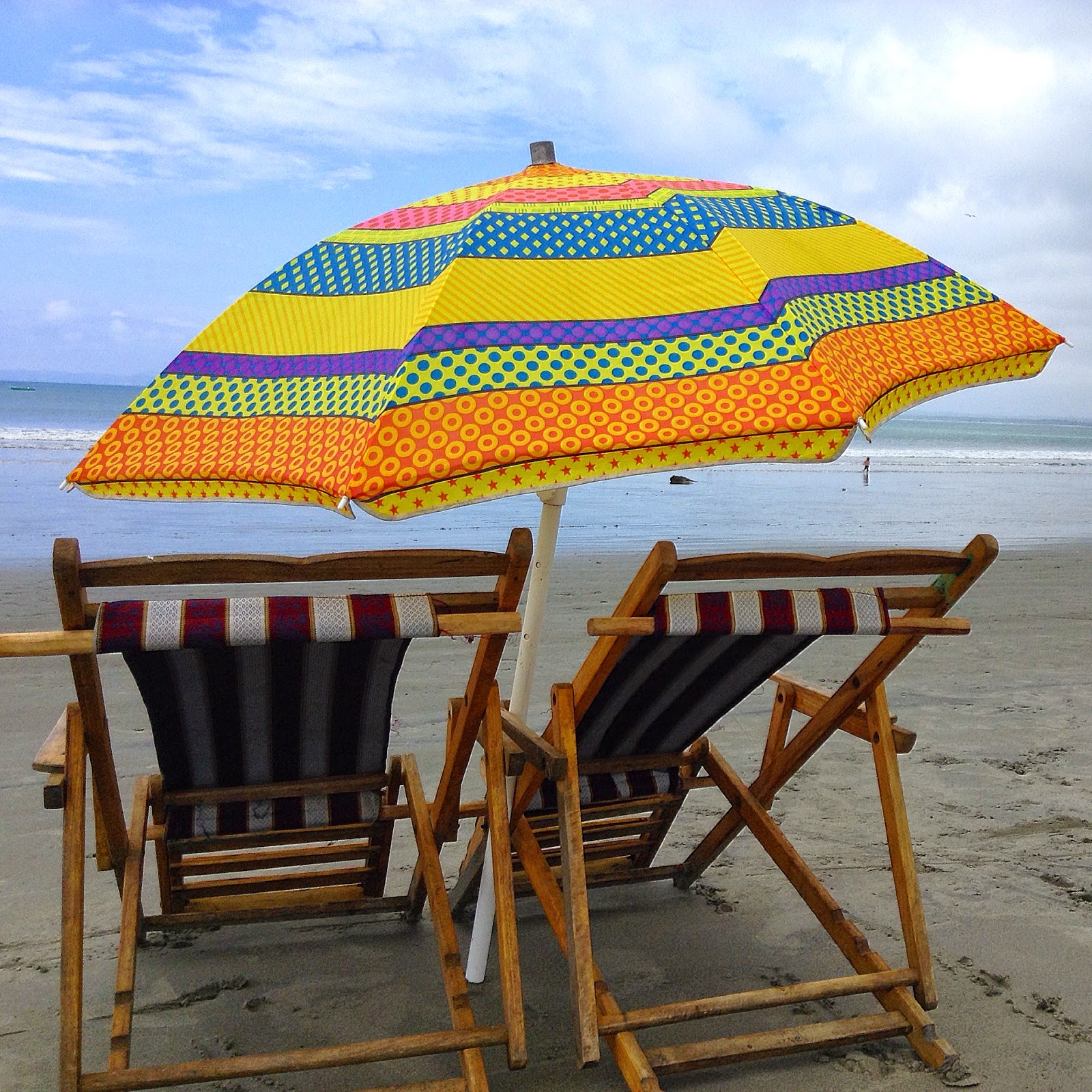 Merry Christmas and a Prosperous 2015!