June was a busy month. Our famous Willy, from Anthony Browne’s tales, was visiting the Clara Luna’s children, again, through virtual transmissions.

Also, Fathers’ Day allowed us to continue reading a book from our book’s collection of the same author titled “My father,” a tale where the author describes his father through funny illustrations and texts that are as deep as ever.

It was an opportunity to do a puppet show, which we recorded and edited before broadcasting it on our Father’s Day transmission. The show was “Yo mataré monstruos por ti (I will kill monsters for you).” It tells us the story of a young girl that is afraid of the monsters under her bed, and at the same time, it tells us the story of a young monster girl scared of humans! In both cases, the father figure reassures the child before they fall asleep. He does this until the two children meet and become friends because they realized they were sharing the same fear.

Another important day in June at Puerto Lopez is Oceans’ day. It allowed us to evoke nature and its marine animals. We took advantage of the event and did a puppet show that we adapted from Marcus Pfister’s rainbowfish

In Clara Luna, we care a lot about the environment, so the team of Clara Luna asked the children to talk about an endangered animal that they loved and to make a short video about them. The goal was to understand why these animals are in danger and how we can help them. Paolo, a volunteer at Clara Luna, took the step and talked about the hippocampus. To keep a fun aspect for the kids, we added to his video a clip of behind the scenes where he makes mistakes, does a horrible job explaining, makes jokes, and demands his prize. Some children happily participated; we played their video during the live. Besides all these activities, we must talk about all the background work dedicated to the “Festiartes.” It’s a festival in Puerto Lopez, which takes place every year since 2018; it brings together international and local artists: musicians, magicians, singers, street artists, drawers, photographers, and so on. The festival was virtual this year. The Festiartes’s team made it to all the meetings, thanks to the Zoom Platform. It was necessary to collect the works of the artists, classify them, ask the artists to make a ‘trailer’ to announce their participation at the festival. It was necessary to manage all the communication and publicity of the festival. We conducted radio and TV interviews with local channels. Some artists were going to realize an interview during the live show via our “BeLive” platform, so we had to bring the artists together virtually to organize test sessions. Some of them were going to organize a virtual workshop. So we had to manage all the inscriptions. The job was very tiring, and the virtual method was new for everyone, especially for the organization of a festival. Yet the result was amazing even though it was only two days of live sessions, and different workshops online. One live was dedicated to children, and the second one was for adult viewers. We had a great audience, goodies to give, a lot of fun, and great artistic works.

We invite you to visit the Festiartes Facebook page to see the live shows! 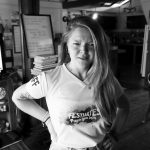