The month of October was an exciting month for the Clara Luna Foundation. Not only did our team consist of no less than five volunteers, we also had a lot of exciting activities to prepare and perform. This month our team consisted of Maddie, Annabel and Margo previously mentioned in the blog of September and we had the pleasure of having Matteo and Sarah from Switzerland helping us out for three weeks too.

During the first weekend of October, we made a trip with the organisation to Canoa, San Vicente and Tabuchila respectively, were we performed ‘La Peor Señora del Mundo’, a muppet show starring the worst female on earth and her surroundings. This may not sound so fun, but it sure was. The children were all very excited to see how ‘La Peor Señora del Mundo’ is being tricked into being nice to everyone around her. The voice of this despicable woman was executed wonderfully by Annabel, who nailed the evil laugh and smoker’s cough and in this way added an extra value to the muppet show. I must add that pigeon’s ‘roo roo’, executed by myself, Margo, was also pretty spot-on. After the muppet show we would read a story together with the children of the different communities and perform an activity in relation to the story.

However, in the hometown of Clara Luna, Puerto López, our main focus of this month was on scary stories, more specifically old ecuadorian legends. Since the month of October is known for Halloween, which is followed by Día de los Muertos, we mainly worked around different ecuadorian legends such as ‘La Mano Negra’, ‘La Dama Tapada’, ‘Las Brujas Blancas’ and many more. With Halloween and Día de los Muertos in mind, we organised an event on the 25th of October, during our weekly Club de Niños. On this day three pairs of children read the ecuadorian legends for the other parents and children. Another group of children performed a muppet show called ‘Davilara, el Rey de la Bomba’, based on the (recently) award-winning book ‘A ritmo endiablado de bomba’ written by Marco Chamorro and Alice Bossut. Thanks to the help of the parents, the volunteers and Paola’s organisational skills the event turned out very successful. The children were all dressed up in their favourite Halloween costume and the parents had prepared some delicious hot chocolate milk and rosquitas, which is a traditional treat during similar Clara Luna events.

Overall, October was an exciting, scary and educative month full of great moments between the children and the volunteers and Paola at the Clara Luna Foundation. I am already excited to read about what the month of November will bring for us. 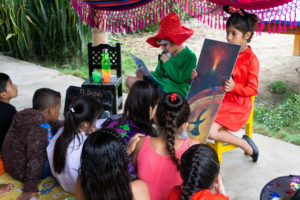 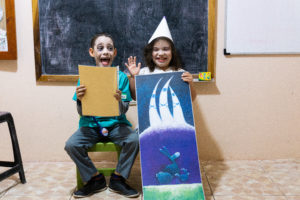 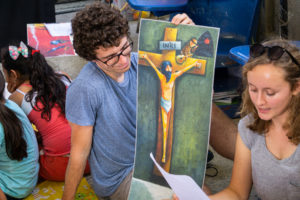 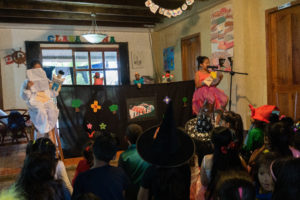 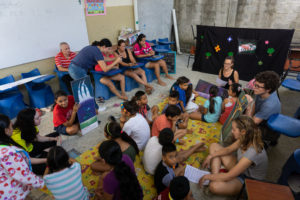 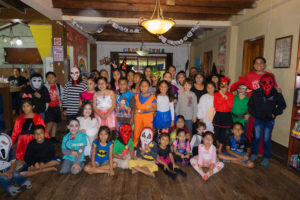 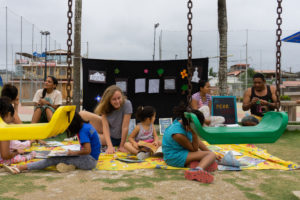 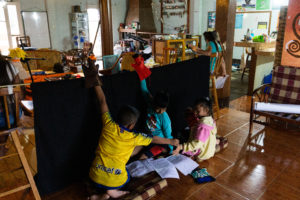 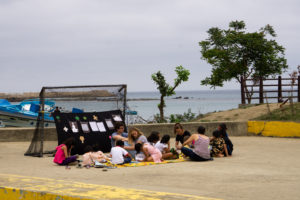